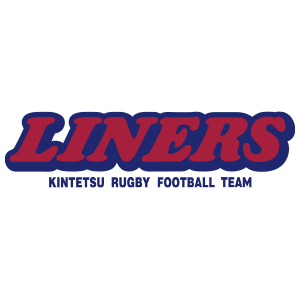 Team introduction
The Kintetsu Liners have been a Japanese rugby powerhouse ever since their establishment in 1929. The team works tirelessly to fulfill its philosophy of thrilling and inspiring people through rugby. The Kintetsu Liners also strive to use sports as a way to exist and prosper in harmony with society, spread the word about rugby, and contribute to the community.

The Kintetsu Liners are a dedicated team whose home base is Hanazono Rugby Stadium, the mecca of Japanese rugby. A tight-knit group consisting of stars from overseas and Japanese players both young and experienced, the team is overflowing with vigor. Last season it won the Top Challenge League and this season will redouble its efforts to make it back to the Top League.

・ Team philosophy "Inspiration"
・ The team is aiming to make the final eight in the Top League.

・ Rabbiner
Rabinner is a timid rabbit that lives near Hanazono Rugby Stadium.
Inspired by the Liners’ strength, he tried out for the team by showing off his speed, but unfortunately couldn’t join because he’s a rabbit.
But he soon found his calling, hopping around gathering and spreading information about the Kintetsu Liners, and the team made him its PR head.
Still, he secretly dreams of becoming a utility back for the Kintetsu Liners.