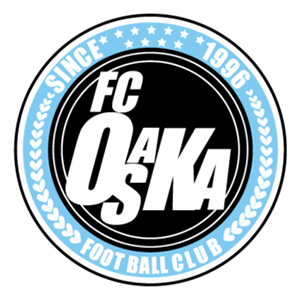 Team introduction
FC Osaka is a professional soccer club that is tirelessly striving to join Gamba Osaka and Cerezo Osaka as the third Osaka team in the J.League. Based in Higashiosaka, the club belongs to the Japan Football League (JFL), the highest level of soccer teams not currently in the J.League.

FC Osaka play aggressive soccer highlighted by solid defense and speedy counterattacks. The team is also known for the closeness between players and fans.

The team hopes to be JFL champions and earn promotion to the J3 (the third division of the J.League).

1) Guardian Tigre is based on the white tiger that protects the West, according to Japanese mythology. He is the team’s goalkeeper.
2) Lina is bright and energetic. She always carries a harisen, a large folded fan used in Japanese stand-up comedy to hit someone making a silly joke. She works tirelessly as a model for women’s empowerment.