This page features interviews with illustrious Osaka athletestalking about everything from their community to their dreams.
We’ll read about their sport, their experiences, and what they do for fun.Exclusively on Sports Osaka! 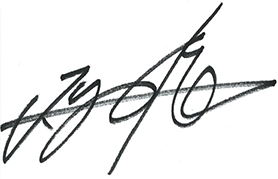 This time, Kai Harada, who is active as a professional climber, has appeared. Tokyo 2020 Olympics It is a high-profile athlete who was selected as a Japanese national team player in sports climbing, which has become an official event. Thank you for your cooperation in the interview during the precious time just before the Olympics.

Note: This interview was done remotely as an anti-COVID-19 measure.

Aim for victory by giving it all you have.
I want people to experience the fun of climbing.

When did you first start climbing?

When I was 10 years old, in grade 5, there was an old climbing gym near my home in Kishiwada. It looked like a lot of fun so I started going. It just looked like fun climbing to high places. I was also playing sports like soccer and baseball, but climbing interested me because I wanted to try a sport you can’t experience often.

When did you decide to really get serious about climbing?

I was going to the same climbing gym for more than 10 years, but I didn’t enter competitions until I was in high school. I asked my gym friends to tell me about upcoming competitions, which I entered myself. In my first time at the IFSC World Youth Championships (2015), I came in second, so I started thinking about becoming a sport climber.

Was your victory in bouldering at the 2018 IFSC Climbing World Championships a turning point for you?

I was still going to university at that time and hadn’t yet thought of turning pro. I was entering competitions but my focus was always just on winning each one. When sport climbing became an official Olympic sport in 2016, making the Japanese team became one of my goals, but going to the Olympics wasn’t the be-all and end-all for me.

This time, we have officially been selected as the representative of Japan for the Tokyo 2020 Olympics. How are you feeling?

To be honest, I was relieved when I heard. Although I still feel that the Olympics isn’t my sole purpose in life, I of course want to win and get a medal. If I’m at my best at the Olympics, I’m confident I can do it.

I practice about 4 or 5 times a week at a climbing gym in Tokyo. Each session is about 2 or 3 hours, but before a competition I sometimes practice for 5 to 6 hours. I make up my own training schedule. The main thing is to focus; I make sure no time is wasted. I don’t do much strength training on machines. I prefer to build up my muscles and my strength by actually climbing. Runners train by running. I’m a climber, so I train by climbing.

Of the three disciplines of sport climbing—lead, speed, and bouldering—which is your specialty?

I’d have to say bouldering. I’ve been doing it the longest, and I’m aware that it’s my strongest discipline. I also like lead climbing. However, I’m not that good at speed climbing; I started it relatively late, and there are not many facilities where I can practice it.

I understand you live alone. Are you particular about what you eat?

I make it a point to cook my own meals. I like meat, so that’s what I eat the most of. I’ve disliked vegetables since I was a child, but recently I’m making a conscious effort to eat them more often. I also keep sweets on hand so I can reward myself sometimes. (Laughs)

What do you usually do when you go back to your hometown of Kishiwada?

During the few opportunities I have to go back, I like to go shopping or dining out with my mother. I also eat out with friends, and I make it a point to get together with my mates from the climbing gym. It’s important to cherish time with people you can’t meet very often.

What do you think about the recent rise in the popularity of climbing?

Climbing has attracted growing interest since it became an official Olympic sport. I’ve seen firsthand the dramatic increase in the number of competitive climbers. Climbing gyms are springing up all over Japan.
When I first started, very few people knew about climbing, let alone recognized it as a sport, so I’m pleased with its current popularity. Acquaintances who previously knew little about climbing often talk to me about it, and many people have become supporters.

There are a lot of outstanding young climbers and a lot more people look likely to take up the sport.

It's inspiring to have young and talented players around. Above all, I am honestly happy that he has been interested in climbing since he was a child. Compared to other 競技 , climbing is a sport that anyone can easily start and can continue for a lifetime, so I want many people to experience the joy of climbing. And I myself would like to become an ideal player image that such young players aim for.

What are your goals as a climber?

Not only the Tokyo 2020 Olympics, but also various competitions are coming up, so you should build your body for that and do your best to win. The future is not clear yet. However, I want you to know more about climbing and I want to 競技 population, so I would like to actively work on its promotion activities.

Born in 1999, Kai is a native of Kishiwada, Osaka. In the 2015 Japan Youth Climbing Cup, he won the bouldering event, a feat he repeated the following year. He moved to Tokyo to go to university. He made his first appearance at the IFSC Climbing World Championships in 2018, where he won the bouldering event. In the 2019 championships, he came in fourth in the combined discipline (placing second among Japanese). He will take part in the Tokyo Olympics. He is sponsored by Nisshin Fire & Marine Insurance Co., Ltd.

■ Explanation of each item
【speed】
Compete for the speed (time) of climbing to the top using a rope installed on a wall with a height of 15 m. Two courses are prepared, and in the qualifying, each course is tried once and the faster time is adopted. The final will be held side by side with two players each, and the fastest player will win.
[Bouldering]
Multiple tasks (courses) are set up on a wall with a height of about 3 to 5 m, and you will compete for how many tasks you can climb with a small number of times. The task is cleared when you grab the top hold with both hands. The time limit is 4 minutes per task, and you can try as many times as you like within the time limit.
[Lead]
Compete for how far you can climb the route on the wall with a height of 12 m or more within 6 minutes. Climb while hanging the rope on the quickdraw (a device that hooks the rope), and the climb is completed when the rope is hung on the top quickdraw.

Note: Unauthorized use or reproduction of any photographs or text on this page is strictly prohibited.